WORLD I Recently signed to UK/ German label A Turntable Friend Records, singer-songwriter Philip Parfitt has announced he will release his new album 'Mental Home Recordings' on October 30. It will be available on limited-edition gatefold colored vinyl, as well as digitally and on CD with a special booklet.

Philip Parfitt is best known as the founder, guitarist, vocalist and primary songwriter of the Britain's The Perfect Disaster. Formed in 1980, the alternative rock band released four albums and reached number fifteen on the UK Indie Chart before splitting up in 1991.

Ahead of this, he presents the single 'All Fucked Up' featuring Bordeaux-based psychedelic folk-rock artist Alex Creepy Mojo. The accompanying video, starring actress Melissa Oxlade, is directed by filmmaker Luigi Dias - both also collaboratd on the previous single 'Somebody Called Me In', shot on location in Liverpool and Melbourne, Australia.

Given the quality and the breadth of Parfitt’s output over the past 40 years, it's clear that he’s far more interested in making his art than in talking about it. After all, with his bands The Perfect Disaster, Oediupussy, and in his solo performances, he has shared stages with such luminaries as Nico, Spiritualized, Spacemen 3, My Bloody Valentine, the Pixies, the Chills, the Jesus and Mary Chain and others.

Parfitt played on Spectrum’s first album with Jason Pierce and guitarist Terry Bickers (House of Love, Levitation) contributed to Oedipussy's album 'Divan'. Parfitt also gave significant starts to Josephine Wiggs (who played in the Perfect Disaster before joining The Breeders) and to the Heliocentrics’ Malcolm Catto, who likewise played on the Perfect Disaster’s first.

It’s a surprise to realize that 'Mental Home Recordings' is only his second solo album, following his 'I'm Not The Man I Use To Be', released in 2014.

When asked where his songs come from, Philip Parfitt says, “I don’t know. I don’t ask, and I don’t often even think about it. I don’t even know what they’re about most of the time. The meaning is only revealed, when at all, later.”

There is a maturity to this artist that allow his songs to reveal themselves similarly to the listener, opening up fresh dimensions each time. But Parfitt is quick to note that it isn’t simply a matter of passive inspiration. “I always have a pen and notebook and something to record with,” he says. “So even if I don’t know exactly how I’m doing it, I appear to be doing it a lot.”

Awash on a sea of materialism in a time when nearly everything is offered to us as product, it’s a relief to encounter a sensibility like this - one that shines a light into the darkest recesses of our battered psyches. The Velvet Underground, Leonard Cohen, John Cale and Nick Drake did the same - all artists to whom Parfitt’s own output has been compared. It’s difficult to say where the “defining moment” of a career as long as Parfitt’s is – probably there are several – but 'Mental Home Recordings' is assuredly one. And for an old hand, the new album's release via A Turntable Friend Records is surely navigating familiar waters.

On October 30, 2020, 'Mental Home Recordings’ will be released digitally and on very limited purple vinyl and limited black vinyl (both in gatefold sleeve), as well as on CD with a special 8-page booklet. Available directly from A Turntable Friend Records via Bandcamp, the detailed artwork is made by painter Fernando Ruibal - a picture puzzle with many things to discover, including on the record shelf.

"Philip Parfitt's songs on Mental Home Recordings possess both scars and genius. If Parfitt's previous work lurked within the sharp garage tradition of Bo Diddley, the Velvets and the Stones, he operates now within a quieter idiom: Nick Drake, Ronnie Lane, Syd Barrett. Quieter but not softer: this record will scrub you raw" – Matthew Specktor (The New York Times, GQ, Harper’s, The Paris Review, Fox 2000)  "Imagine a Reed / Dylanesque vocal lacquered in a modern blend of elements of The Church, The Red House Painters and Slowdive… Now you don’t have to (imagine). Just listen... Heartfelt and folk-centered with Ride-esque uplifting interjections on the chorus, Parfitt has found an optimal balance between bard and rock star. We love it" – Big Takeover Magazine 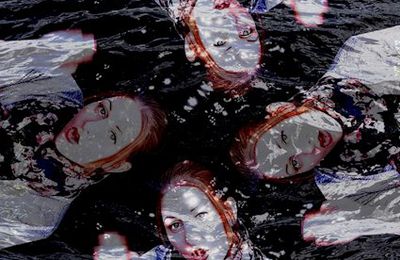