WORLD I Brooklyn-based indie pop artist Middle Part creates synth-laden music in the hopes of making you feel something. Composed with honesty and sincerity, his music takes inspiration from both 90’s and early Millenium alternative bands. Middle Part was born when singer Andrew Selkōw moved to the deepest parts of Northern Alaska to find himself, after experiencing a major meltdown. Living in a shipping container in the isolated vastness of the Alaskan wilderness, Selkōw ignited his love for literature and music, with the musician sharing, “Art is important, no matter how you decide to approach it. There's no age or formula so just create. It's the most healing form of therapy I've ever experienced.”

Middle Part’s upcoming six-track EP I Wish I Was Alive is heavily driven by his personal experiences, his shortcomings, his struggle with depression, dissociation and overall loss. It's about grasping the concept of death, getting older, mental instability and self-reflection. Selkōw confides, “I wanted to make sure and let go of my ego before I pursued music again so that's a big theme in this record as well as the inability to connect especially when you're compartmentalizing everything all of the time. I wanted to be really honest and vulnerable in this batch of songs. I'm so goddamn sensitive and hate to show it, but it just bleeds through all of my music.”

“& Cry” has the ability to feel 90’s while maintaining a modern approach. Featuring Smashing Pumpkins style guitars and haunting production that evoke Oneohtrix Point Never, “& Cry!” is a head first dive into the conflict of meeting expectations in a relationship and how we may sometimes fall short. The title serves as a refrain to encourage emotional release from the constant pitfalls. Set against a raucous breakbeat sample. Selkōw explains, “I think it's supposed to be a very romantic plot but it has this dark side of not being entirely there if that makes sense. You want all these things, you think it's great, but you're mentally unfit to take it on. You don't understand why, so just cry, it's okay...I'm here.”

Listening to Middle Part is like reading one of Selkōw’s journal entries and uncovering all the back and forth he has in his head on a regular basis. His honest songwriting grants people access to creating art in a safe space, admitting, “I just want people to relate. I so desperately want to connect and that might be the message.” 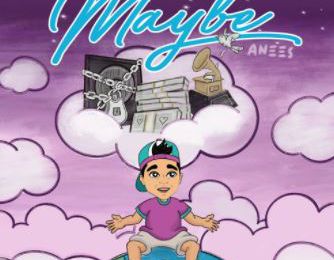